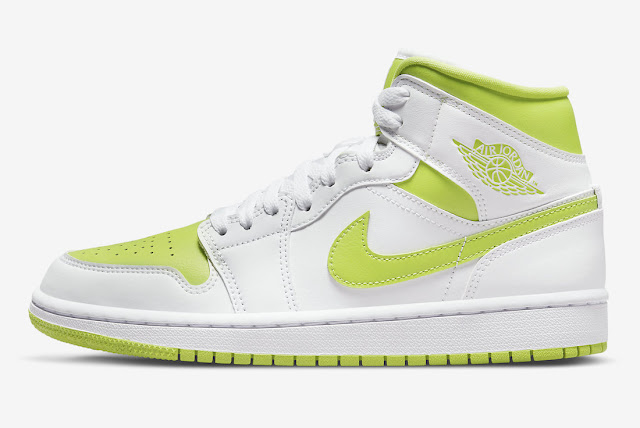 Air Jordan 1 Mid might be a favourite for everyone, but it continues to grow and expand with more colorways in order to suit everyone’s taste. Another new lime colorway is coming to the consumer market soon.   According to the official images, the new  Air Jordan 1 Mid, dubbed “White Lime”. Majority of the shoe is in white based – from toe cover through to upper and until heel. Meanwhile, the toe top, Swoosh logo and the collar are in lime green. The tongues are also in lime green with white lining. It sits on white color midsole and outsole in lime green.   This women’s exclusive color is like to get official launch in the near future for the US market. The retail price should be USD120 (~RM502). However, there is no news yet on the release in Malaysia.   Is Women’s Air Jordan 1 Mid “White Lime” good for investment?   Since this is a standard Women’s Air Jordan 1 Mid and it is not a crossover or special edition sneaker. Then it is unlikely to have a margin for resell.   Women’s Air Jo
Post a Comment
Read more 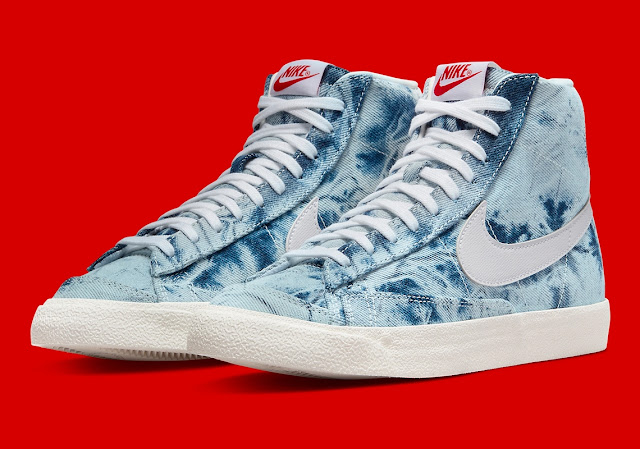 If you are looking for a pair of shoes to match with your denim clothing, then this upcoming Blazer Mid ’77 could be the one that suits you.  According to the official images, the new Nike Blazer Mid '77 dubbed "Bleached Denim". Majority of the shoes – from toe to the heel are having this treated denim material, while the Swoosh logo is in white canvas. There is exposed sponge interior design on the tongues and the vulc sole is in classic cream. From the photo, the interior lining has a finer material than the soft mesh of standard Blazer Mid ’77.    There is no news yet on the release of Nike Blazer Mid '77 "Bleached Denim" but it is likely to release in the US market soon. The retail price should be USD110 (~RM460).    Is this Nike Blazer Mid '77 "Bleached Denim" good for investment?   Since this is a standard Nike Blazer Mid '77, it is not a crossover or special edition sneaker. Then it is unlikely to have a margin for resell.    Nike Bl
Post a Comment
Read more 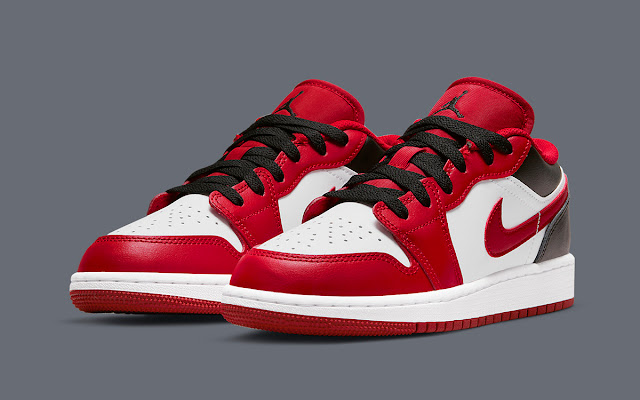 Air Jordan has no sign of slowing down on honoring its bull-inspired colorways as another Air Jordan 1 Low with a combination of red, black and white is coming to the market.  According to the latest images, the new Air Jordan 1 Low, dubbed Reverse Black Toe. It has a red toes and lace guard alongside heel and collar in black overlays atop of bright white base. The lining is changed to red while the laces keep in their OG black hue. The tongues arrive in red compared to OG High’s white color. The midsole is in white while the outsole is in red. In terms of ratio, white and red contribute 40% each while the black hue covers 20%.    There is no update yet on the release of Air Jordan 1 Low “Reverse Black Toe” in the US market. The possible retail price should be USD130 (~RM544). Stay tuned for the updates on the release in Malaysian market.   Is Air Jordan 1 Low “Reverse Black Toe” good for investment?   The Air Jordan 1 Low “Black Toe” that was released back in 2019 is currently listed
Post a Comment
Read more 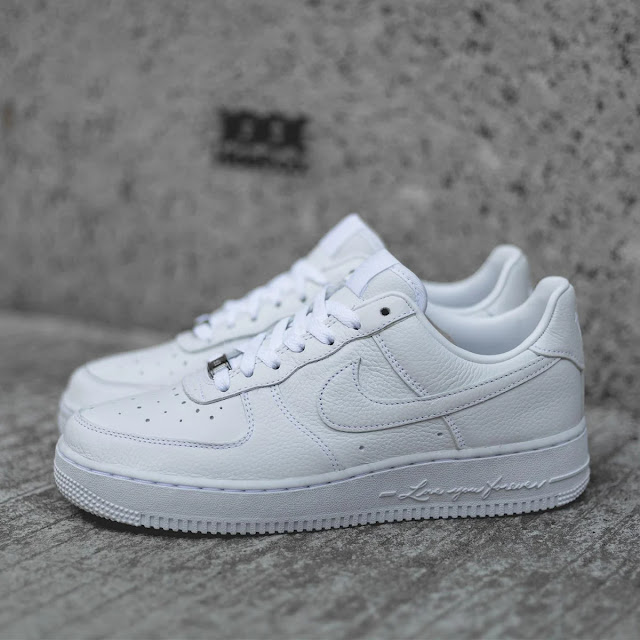 It looks like Drake’s NOCTA has another crossover product with Nike that is coming up – the Air Force 1 Low. This could be the perfect pair for a couple.   This pair of Nike Air Force 1 Low shoes arrives in all white leather design. While the toe and upper remain the same like other Air Force 1 Low, the “AIR” branding on the midsole has been replaced by the cursive “Love you forever”. For the outsole, the star molds have been replaced by miniature love hearts.    The  NOCTA X Nike Air Force 1 Low “Certified Lover Boy” , with style code of DA3825-100 / CZ8065-100, is set to be release later this in the USA. Since Nike Malaysia has the history of releasing NOCTA merchandises in Malaysia, then this is likely to be released soon.    Is  NOCTA X Nike Air Force 1 Low “Certified Lover Boy”  good for investment?    Recently, some of the NOCTA X Nike merchandises have certain values in the resell market. For example, the recent NOCTA X Nike Hot Step Air Terra was released at the retail price of
3 comments
Read more 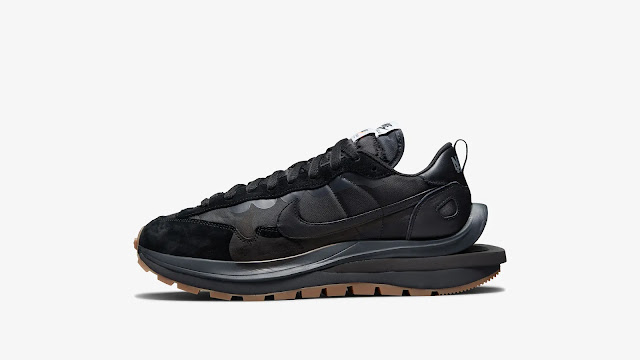 In this series of comparison, we are comparing the Nike Sacai VaporWaffle in Black and White Gum. We hope that the visual comparison will help you to decide which sneaker suits you the best.  The Nike X Sacai VaporWaffle in Black Gum and White Gum were recently released in the US and European markets on 10 March 2022. The retail pricing is set at USD180 (~RM712.80).  The resell pricing of White Gum and Black are currently selling at an average of USD580 (~RM2431) and $340 (~RM1425.6), respectively.
Post a Comment
Read more 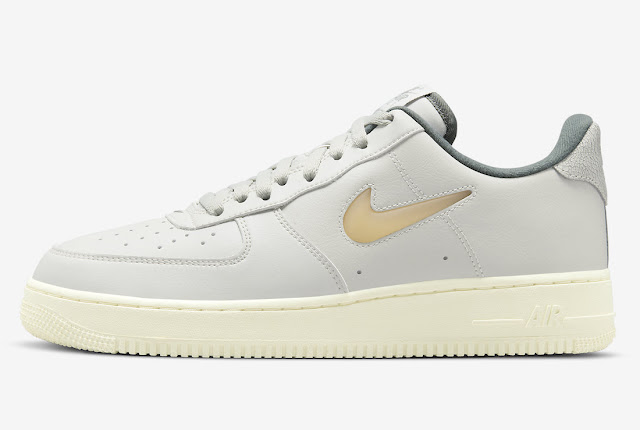 American brand Nike is ready to release another design of Air Force 1 after the official images of AF1 Low “Jelly Swoosh” has surfaced over the internet.   This pair of Nike Air Force 1 Low shoes arrives in light grey and cream. While the standard Air Force 1 comes with the symbolic Swoosh logo, Nike has been tinkering its logo whenever chances arose such as the Travis Scott’s sneakers with an opposite design. This time, the “Jelly Swoosh” comes with an extra-ordinary Swoosh in yellowish jelley on its sideway. From the toe, through to the heel, painted in light grey while the rubber sole is in cream. On the heel tab, it has the design of elephant-alike skin. Last but not least, the inner of the collar comes with darker shades.    The Nike Air Force 1 Low “Jelly Swoosh”, with style code of DC8894-001, is set to be release later this in the USA. The retail price should be around USD90 (~RM376). Unfortunately, there is no news yet for the Malaysian market.    Is Nike Air Force 1 Low “Jell
1 comment
Read more 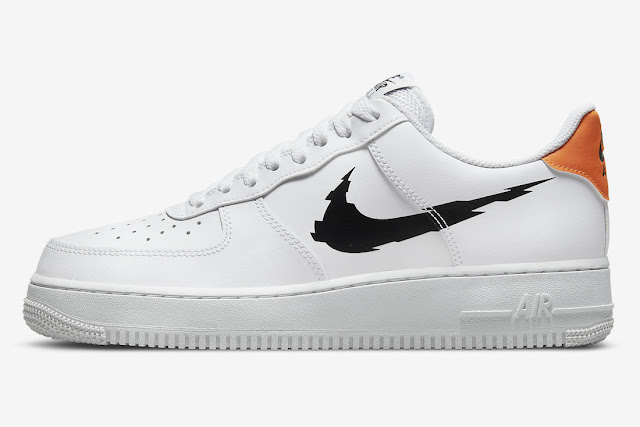