Showing posts with the label Air Jordan 3 Malaysia
Show all 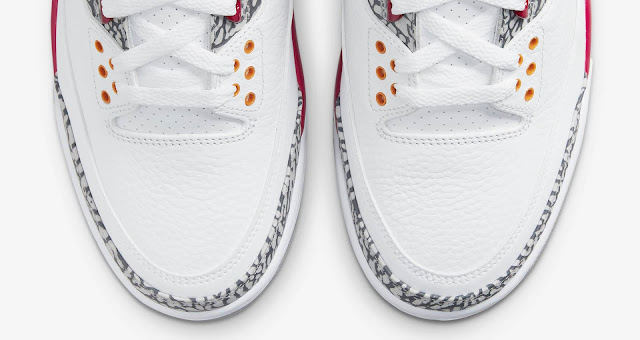 Nike has confirmed that it will release the Air Jordan 3 with Cardinal Red colorway in Malaysia after it was spotted on the Nike SNKRS MY website.    According to the website, the AJ 3 Cardinal Red is up for grab on 24 February 2022 at 10am. The retail price from Nike is RM775 for a pair. Apart from adult sizing, older kids sizing are also available for RM509.   Cardinal was previously released on Air Jordan 7 series and now it has landed on Air Jordan 3. It brings color combinations of white and grey alongside with Cardinal Red lining design. The main color of the sneaker is in white and the midsole comes with Cardinal Red lining. The Jumpman logo is gold in color while the heel logo is in Cardinal Red.  Air Jordan 3 Cardinal Red SKU: CT8532-126 Malaysia Release Date: 24 February 2022, 10am Malaysia Retail Price: RM775 Where to purchase: Nike SNKRS MY website
Post a Comment
Read more
More posts