Showing posts with the label Nike Air Trainer 1
Show all 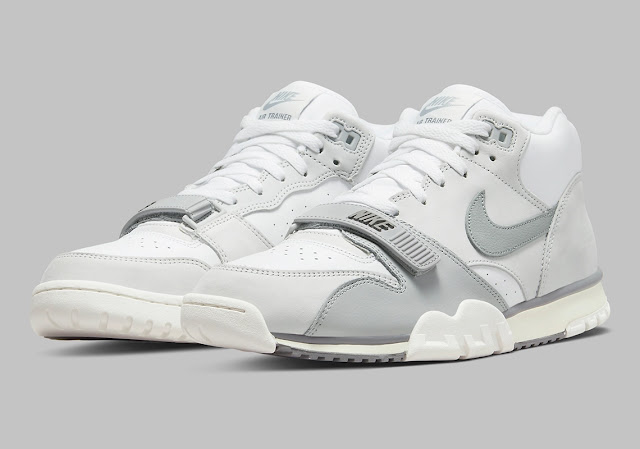 2022 will be the 35 th  Anniversary celebration for Air Max 1 after it was firstly introduced by  Tinker Hatfield in 1987. Another Air 1 from Nike is also set for release alongside the Air Max 1 is the Air Trainer 1.     According to the latest images, this unreleased Air Trainer 1 is based on the combination of white and grey alongside off-white for the midsole. It features the signature buckles and tribal patterns. The Air Trainer 1 Chlorophyll that was released in 2020 has additional black on its buckle, which is slightly different from this version.    The Air Trainer 1 was popularized tennis legend John McEnroe back in 1987. According to John, Nike sent the prototype of Air Trainer 1 to him in 1986 and did not expect him to wear it during the competition. However, the sneaker turned out to be a hit and remains as one of the staples among the sneaker collector.    The Air Trainer 1 in Photon Dust/Light Smoke Grey/Smoke Grey colorway is expected to be released in the State later thi
Post a Comment
Read more
More posts